Zaragoza will be the first city in Spain in which an entire district will meet its energy needs thanks to solar panels. Most of them are planned to be placed on the roofs of buildings belonging to the municipality. The district will receive the name with the corresponding one: Barrio Solar.

At this moment, it is decided that the pilot group will consist of 200 residents and companies, and the number of initially installed panels will be 240. Their design will allow you to change the angle of inclination of the plane, depending on what the "collection" of sunlight will be maximum.

According to calculations, 150,000 kilowatt-hours will be generated, and this is no less than the amount of energy consumed, for example, by an electric car to cover 1 million kilometers.

The plus of introducing an entire area in Spain with such a source of energy, in addition to saving, is also that its residents will be able to breathe cleaner air. It is expected that the share of carbon dioxide emissions into the atmosphere will be reduced by 40 thousand kilograms per year. 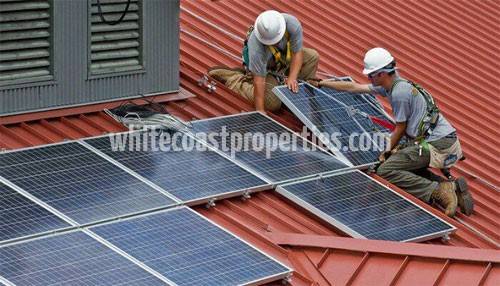